Some of the best wealth quotes will improve and reset your mindset into believing wealth is easily attainable.

To be wealthy is everyone’s wish.

However, it is worthy of knowing that being rich is a state of mind.

It all begins in your mind.

A positive mindset breeds a positive reality while a negative one opposes that.

They believe to be rich; firstly, one has to be rich in mind, which is accurately true.

The effect and benefit of being rich in mind are that it breaks through negative disbelief that stands as an obstacle to getting rich.

Once you attain that mentality of being rich, your subconscious becomes more aware of opportunities and ideas that will lead you to generate wealth.

The boundary of limiting beliefs in generating wealth will be broken.

Thus, your mind needs to be prepared for true wealth before your body is.

Quotes to Prepare Your Mindset for True Wealth

1. “Wealth is the ability to fully experience life.”

2. “Money is a terrible master but an excellent servant.”

4. “Wealth consists not in having great possessions, but in having few wants.”

6. “Happiness is not in the mere possession of money; it lies in the joy of achievement, in the thrill of creative effort.”

8. “Wealth, after all, is a relative thing since he that has little and wants less is richer than he that has much and wants more.

9. “If we command our wealth, we shall be rich and free. If our wealth commands us, we are poor indeed.”

10. “The only place where success comes before work is in the dictionary.”

13. “It is health that is real wealth and not pieces of gold and silver.”

14. “Wealth flows from energy and ideas.”

15. “Wealth is just consistency… I don’t want to be rich. I want to be wealthy.”

17. “Your wealth is where your friends are.”

18. “Wealth is the product of man’s capacity to think.”

19. “I have about concluded that wealth is a state of mind and that anyone can acquire a wealthy state of mind by thinking rich thoughts.”

20. “Wealth is largely the result of habit.”

21. “Lack of money is no obstacle. Lack of an idea is an obstacle.”

Wealth Quotes to Motivate You on the Path to Success

24. “An investment in knowledge pays the best interest.”

25. “Opportunity is missed by most people because it is dressed in overalls and looks like work.”

26. “Develop success from failures. Discouragement and failure are two of the surest stepping stones to success.”

27. “Let no feeling of discouragement prey upon you, and in the end you are sure to succeed.”

28. “Success is walking from failure to failure with no loss of enthusiasm.”

30. “The only people who never tumble are those who never mount the high wire. This is your moment. Own it.”

33. “Lost wealth may be replaced by industry, lost knowledge by study, lost health by temperance or medicine, but lost time is gone forever.”

34. “The biggest obstacle to wealth is fear. People are afraid to think big, but if you think small, you’ll only achieve small things.”

35. “The pursuit of wealth is a wonderful thing, but the thing is you have to be honest about it, you have to tell the truth.”

37. “Labor is the source of all wealth and all culture.”

38. “Wealth brings with it refinement, the spirit of conservation, while poverty inspires adventurous ideas, the desire to change things, and has little care for life.”

40. “You don’t have to be like most people around you, because most people never become truly rich and wealthy.”

41. “All my life I knew that there was all the money you could want out there. All you have to do is go after it.”

42. “Develop success from failures. Discouragement and failure are two of the surest stepping stones to success.”

43. “To Become Rich — You Must Value Saving More than Spending.”

44. “How many millionaires do you know who have become wealthy by investing in savings accounts? I rest my case.”

46. “Many people take no care of their money till they come nearly to the end of it, and others do just the same with their time.”

47. “Financial peace isn’t the acquisition of stuff. It’s learning to live on less than you make, so you can give money back and have money to invest. You can’t win until you do this.”

48. “Innovation distinguishes between a leader and a follower.”

49. “Try to save something while your salary is small; it’s impossible to save after you begin to earn more.”

50. “You must gain control over your money or the lack of it will forever control you.”

52. “Wealth can only be accumulated by the earnings of industry and the savings of frugality.”

53. “All riches have their origin in mind. Wealth is in ideas – not money.”

54. “To get rich, you have to be making money while you’re asleep.”

55. “Business opportunities are like buses, there’s always another one coming.”

Wealth Quotes That Will Inspire You to Invest Wisely

56. “Capital as such is not evil; it is its wrong use that is evil. Capital in some form or other will always be needed.”

57. “Many folks think they aren’t good at earning money when what they don’t know is how to use it.”

58. “Money is only a tool. It will take you wherever you wish, but it will not replace you as the driver.”

59. “The individual investor should act consistently as an investor and not as a speculator.”

60. “The habit of saving is itself an education; it fosters every virtue, teaches self-denial, cultivates the sense of order, trains to forethought, and so broadens the mind.”

61. “Don’t let the fear of losing be greater than the excitement of winning.”

63. “When buying shares, ask yourself, would you buy the whole company?”

64. “My old father used to have a saying:  If you make a bad bargain, hug it all the tighter.”

65. “Owning a home is a keystone of wealth – both financial affluence and emotional security.”

66. “The gratification of wealth is not found in mere possession or in lavish expenditure, but in its wise application.”

67. “When you consciously open, read, and file away your bills and statements, you are connecting with your money and taking control of your life.”

68. “More people should learn to tell their dollars where to go instead of asking them where they went.”

70. “One penny may seem to you a very insignificant thing, but it is the small seed from which fortunes spring.”

71. “A budget is telling your money where to go, instead of wondering where it went.”

72. “Investing should be more like watching paint dry or watching grass grow. If you want excitement, take $800 and go to Las Vegas.”

77. “Empty pockets never held anyone back. Only empty heads and empty hearts can do that.”

78. “Every time you borrow money, you’re robbing your future self.”

79. “Never spend your money before you have it.”

80. “A real entrepreneur is somebody who has no safety net underneath them.”

81. “Do not go where the path may lead, go instead where there is no path and leave a trail.”

82. “Capital is that part of wealth which is devoted to obtaining further wealth.”

83. “Networking is an essential part of building wealth.”

85. “Innovation is the specific instrument of entrepreneurship. The act that endows resources with a new capacity to create wealth.”

86. “When you innovate, you’ve got to be prepared for everyone telling you you’re nuts.”

87. “Great investors need to have the right combination of intuition, business sense and investment talent.”

Wealth Quotes That Will Boost Your Financial Intelligence

88. “The way to get started is to quit talking and begin doing.”

89. “Time is the scarcest resource and unless it is managed nothing else can be managed.”

90. “Great achievers are driven, not so much by the pursuit of success, but by the fear of failure .

92. “Becoming a millionaire is not the end goal; your growth and development en-route is what matters.”

93. “The fastest way to change yourself is to hang out with people who are already the way you want to be.”

94. “It’s not your salary that makes you rich, it’s your spending habits.”

95. “The only difference between a rich person and a poor person is how they use their time.”

96. “Work smartly, diligently and silently; One day your introduction will be “Google Me.””

97. “What’s keeping you from being rich? In most cases, it’s simply a lack of belief.”

98. “In order to become rich, you must believe you can do it, and you must take the actions necessary to achieve your goal.”

99. “People say that money is not the key to happiness, but I always figured if you have enough money, you can have a key made.”

100. “Before you can become a millionaire, you must learn to think like one. You must learn how to motivate yourself to counter fear with courage.”

Hopefully, the above wealth quotes have instilled a burning desire in you for your pursuit of wealth, motivate you, and above all, change your mindset in preparation for the future.

No matter where you are, the world is filled with opportunities that will lead to wealth generation.

You need to be thoroughly conscious of these opportunities. 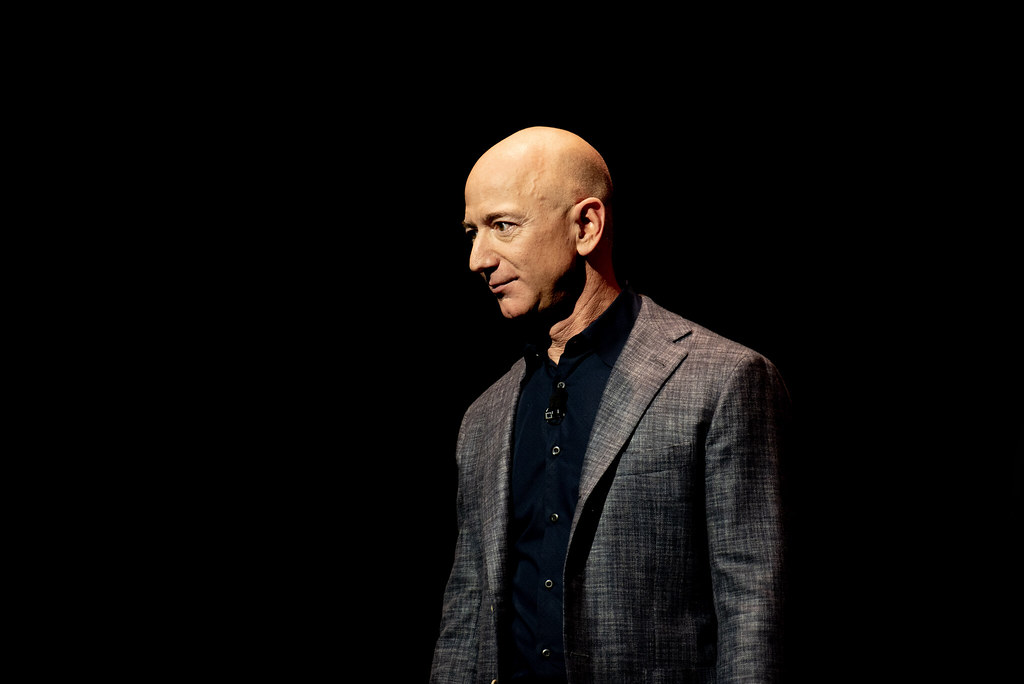 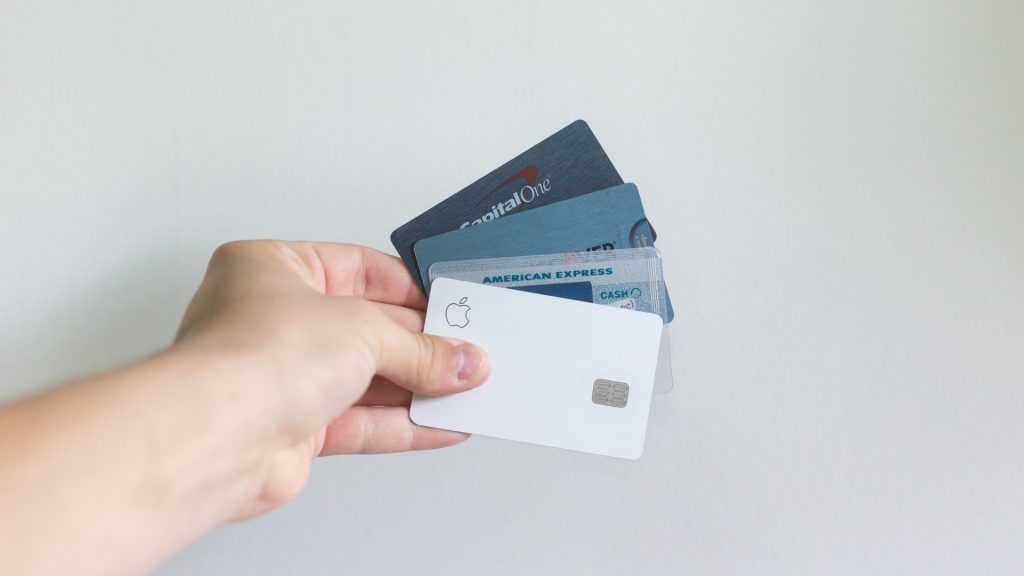 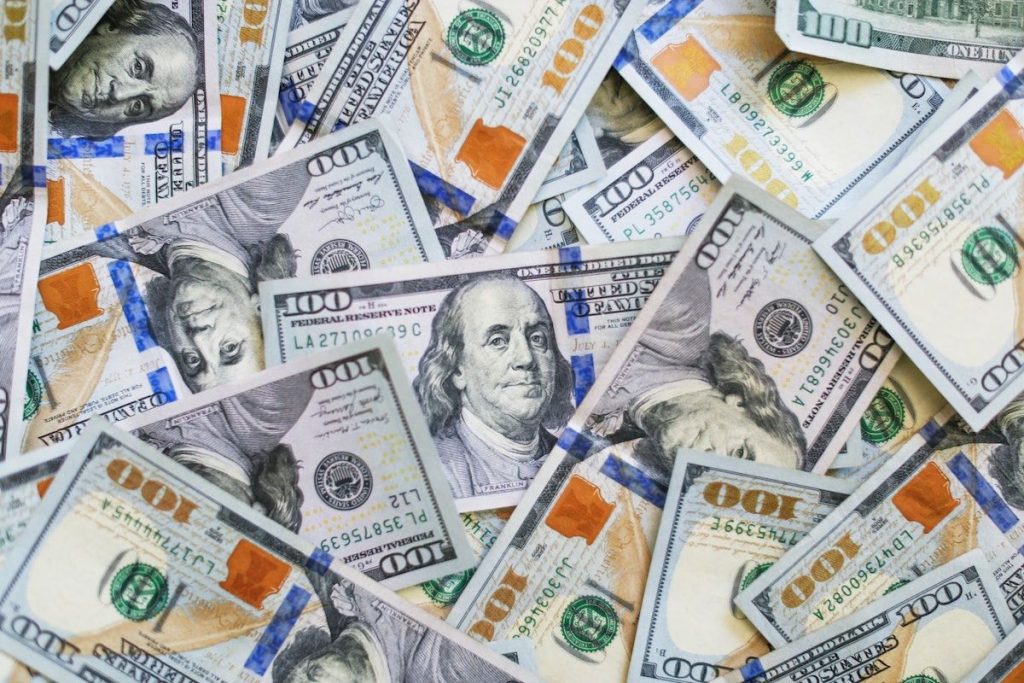 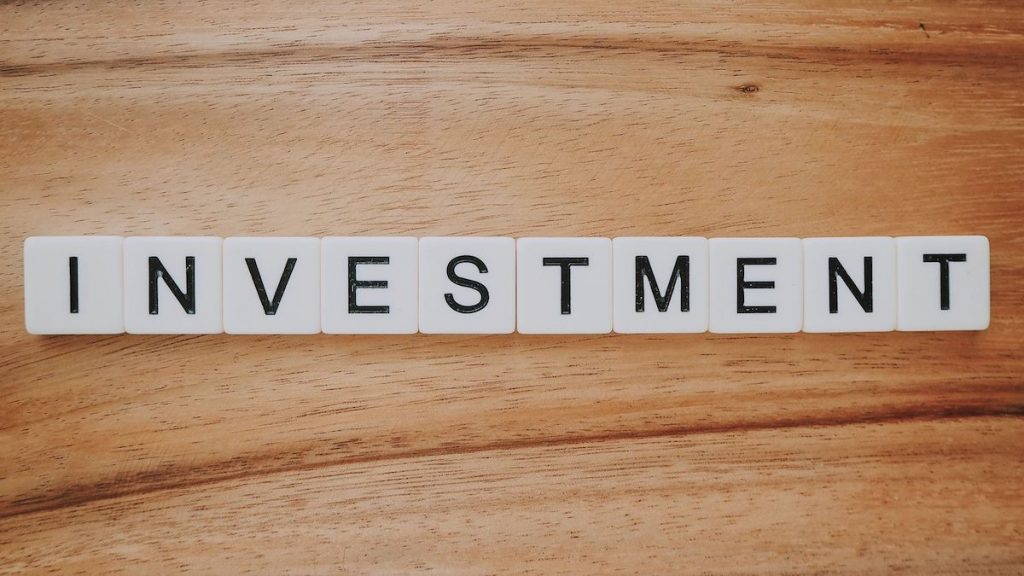